How can we make our buildings more energy efficient? 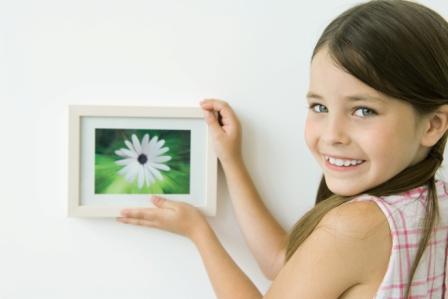 Over recent months, much attention has been given to the Energy Efficiency in Buildings Directive (EPBD).  Dating back to 2010, this legislation aims mainly to reduce the energy consumption of buildings.  The European Commission is due to come with a proposal for the revised Directive this autumn.  As a result, many organizations are already outlining their views on which direction this review should take.

Given the EU’s aim of reducing its energy consumption, buildings, which account for around 40% of the energy consumed in Europe, play a vital role.  The existing Directive already sets some ambitious targets, such as making all new buildings nearly zero energy by 2020.  In terms of how successful the EPBD has been, the stakeholder consultation indicated that it has increased awareness about how much energy buildings consume.

By reviewing the Directive, we have an opportunity to further reduce the impact which buildings currently have on the energy consumed in Europe.

There are several options available to improve the energy efficiency of Europe’s existing building stock.  Energy efficiency improvements of the building stock itself should be prioritised, whether by deep renovation of existing buildings or by rebuilding.  Both options are valid, but at the same time it depends on the individual case as to which is the most appropriate and which will offer the greatest gains in terms of energy efficiency and value for money.  In order to identify which of the two if the most valid for a particular project, a life cycle analysis needs to be carried out.

One of the ways of making a building more energy efficient is to use the energy storage capacity of the building envelope. Taking concrete as an example of a structural construction product, it has the unique ability to absorb heat during the day and release it at night, thus reducing dependence on heating and cooling. This effect is referred to as ‘Thermal Mass’.  Whilst the current Directive and the related standards do recognize this effect to some extent, this could be improved.

Once energy efficiency has been maximized, it is relevant to further reduce the use of primary energy by substituting it with local renewable sources where possible. Thermal mass can also help with the uptake of renewable energy. This is because intelligent use of thermal energy storage in the building fabric allows for shifting the time of highest demand for electricity for heating and cooling in buildings, thereby drawing power at times when a higher share of renewable sources are used in the electricity mix. Fabric energy storage also allows for greater uptake of own renewable sources such as heat pumps, avoiding the need for conversion to electricity altogether, as well as own solar or wind power. Building Performance Institute Europe (BPIE) recently noted that this is a solution with “a practically untapped potential, despite very low costs and short returns on investment”.

A more detailed overview of the priorities identified by The Concrete Initiative can be found in the following position paper.  As the debate unfolds, the concrete sector plans to remain engaged in this debate, providing further input to policymakers on how the EPBD can be enhanced.  But we also want to hear what other stakeholders have to say, so that we can discuss with them ways in which these goals can be achieved.

We use cookies on our website. Some of them are essential for the operation of the site, while others help us to improve this site and the user experience (tracking cookies). You can decide for yourself whether you want to allow cookies or not. Please note that if you reject them, you may not be able to use all the functionalities of the site.