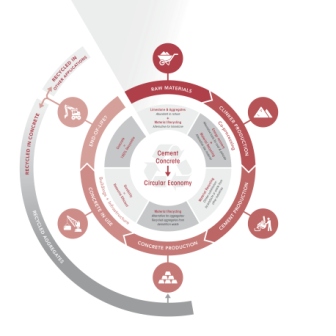 On 20 August 2015, both CEMBUREAU (the European cement association) and the European Concrete Platform (ECP) responded to the Euroepan Commissions public consultation on the circular economy.

In their respective response, both associations called for a circular economy policy which considers the best options for specific sectors rather than a one size fits all approach. For example, in the concrete industry, closed loop recycling may not always afford the best outcome and thus other avenues should also be considered. In order to identify the best option, economic, social and environmental considerations need to be taken into account. In addition, CEMBUREAU also drew attention to the use of alternative fuels in the cement industry, encouraging policymakers to recognise the material recycling component which occurs at the same time as energy recovery. Finally, both the ECP and CEMBUREAU called on policymakers to support life cycle analysis, which will allow for taking decisions on a case-by-case basis.