CO2 and the built environment - The positive role of concrete

Written by Jessica Johnson on 09 December 2015.

Concrete is a versatile, durable and resilient building material that is locally available across Europe. What is more, concrete buildings can deliver the lowest overall CO2 impact.  This is because, in order to realistically quantify the CO2 tag of a construction material such as concrete, it is important to look at the whole-life impact.  This includes extraction of raw materials, production & transport, building in use, lifetime and durability, and end of life.

For the Eastern Scheldt Barrier, which was designed and built in the early eighties, the durability requirements were, for the first time, expressed in terms of time: a service life of 200 years. As this was not feasible for the concrete cover, a mean service life of around 85 years was accepted.

Gotthard Base and Railway Tunnel

The Gotthard Base Tunnel is the longest tunnel of the world, 57km long. The tunnel shortens travel distance through the Alps and reduces the number of freight trains.

JRC report focuses on safety and sustainability in buildings

At the end of March 2015, the Joint Research Centre of the European Commission released a report covering “Building design for safety and sustainability”.

The Liberty Bridge is in Budapest, over the Danube River. This bridge was the 3rd which has made contact between Buda and Pest, at the end of 19th century. On the bridge there are railways, roadways and two sidewalks. In the middle of bridge lay the tram rails, and outside are the roadways.

On 5 March 2015, The Concrete Initiative had the opportunity of participating in a panel debate on the hot topic of the Circular Economy.  As readers are aware, a Circular Economy package was launched in the summer of 2014.  However, with a new Commission comes a new perspective, resulting in the scrapping of the existing package infavour of a new, much broader initiative due by the end of this year. 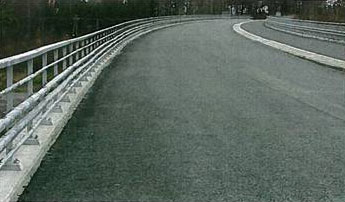 The newly developed CEM II/B-M (S-LL) 42,5 N cement was used for the construction of a road bridge in Käärmekallio near Turku airport, commissioned by the city of Turku.